Corridor Platform was founded in 2017 and is a leading provider of Decision Workflow Governance and Automation Solutions designed by industry veterans to rapidly transform risk and marketing decisioning at banks. Corridor has created a unique solution that enables risk managers to connect policies/strategies to the underlying models and product valuation frameworks in a single centralized system. This enables instantaneous evaluation of changes and allows for rapid execution into production. Corridor’s built-in traceability and governance focuses on enhancing compliance while promoting innovation. 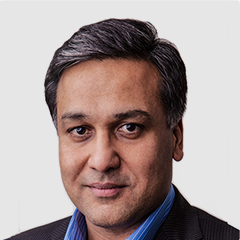 Manish Gupta is the CEO of Corridor Platforms and is a seasoned credit professional having worked across almost all facets of the lending industry over 24+ years, from running risk management globally for commercial and consumer lending through multiple credit cycles, to innovating and designing new credit products and managing large P&L’s as a General Manager. He launched Corridor Platforms with a team of highly seasoned risk professionals to develop the next stage of Digital Decisioning capabilities that allow banks to innovate using cutting edge AI & big data technologies without compromising governance as well as optimizing decisions in real-time in response to changing customer & competitive environment. 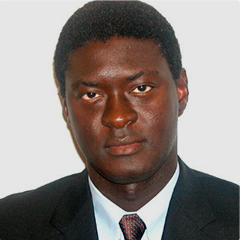 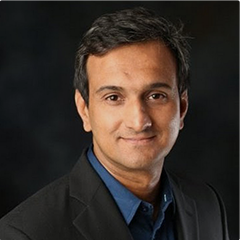 Aditya is a Technology and Analytics leader with 20+ years of experience spanning multiple product firms, providing marketing, fraud & risk analytics platforms for banks, retailers & healthcare. He started his career at Talisma and held leadership roles in cloud delivered call center and knowledge management solutions. He also built ground-up analytics businesses at Fiserv (as GM of Analytics Advisory Services) and Zafin (relationship & loyalty platforms) and Scienaptic as its Chief Analytics Officer. Aditya’s primary charter at Corridor is to build and scale the India delivery model for R&D and client delivery teams, a critical asset for success of Corridor. He has a strong product perspective having built decision science based big data products at Fiserv, Zafin and Scienaptic. 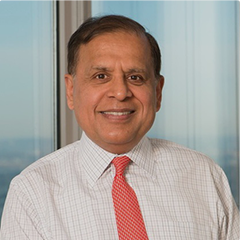 Ash Gupta is Chairman of Corridor Platforms and co-founded the company in 2017. He brings in 40+ years of experience as world’s leading expert on Consumer and Small Business Credit. He has been Pioneer in defining and growing credit products globally and promoting fundamental innovation in Payments and E-commerce through Big Data and Machine Learning. He has driven industry-wide innovation in credit/fraud risk, marketing and customer experience and successfully transitioned American Express from traditional analytics to Big Data, Machine Learning and AI. 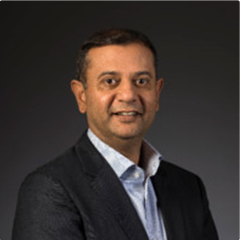 Mr. Kapoor co-founded EXL in April 1999 and has served as the Vice-Chairman and CEO since 2012. Prior to his tenure as CEO, he has held various roles in EXL including CFO, President, and COO.
A forward-thinking leader with expertise in identifying industry and market trends, Mr. Kapoor has a proven ability to see what’s next. By dramatically scaling EXL’s investment in areas such as advanced automation, analytics, and artificial intelligence Mr. Kapoor has transformed EXL into a strategic digital transformation partner. His prescient strategic decisions have positioned EXL for explosive growth employing over 32,600 professionals serving clients across five continents.

Mr. Kapoor is the Chairman of the National Association of Software and Services Companies (“NASSCOM”) BPM Council. He also serves on the Board of the America India Foundation (AIF), a non-profit organization. He advises private and public sector clients on stress testing, capital planning, enterprise-wide risk management, model risk management and corporate governance including board oversight. He participated in the stress testing of the Spanish (2012) and Slovenian (2013) banking systems, and the European Central Bank’s Comprehensive Assessment in 2014. In 2016 Til conducted an assessment of the Bank of England’s stress testing program for the IMF, and recently supported the UN in a global project of estimating the impact of climate risk on banks.

Until March 2011, Til was a Senior Vice President at the Federal Reserve Bank of New York where he held numerous positions, including head of Financial Intermediation in Research and head of Credit Risk in Bank Supervision. In Spring 2009, he played a leadership role in the design and execution of the Supervisory Capital Assessment Program (SCAP – bank stress test), and the subsequent Comprehensive Capital Analysis and Review (CCAR) programs.

He has numerous publications in both academic and practitioner journals, is on the FRM exam committee for GARP, a member of the advisory boards of the NYU Courant Institute Mathematical Finance program and NYU Stern School’s Volatility Risk Institute, a member of the Federal Reserve Bank of New York’s Financial Advisory Roundtable, and has taught at Columbia University and at the Wharton School where he is a Research Fellow.

Til received a Ph.D. in Economics from the University of Pennsylvania. 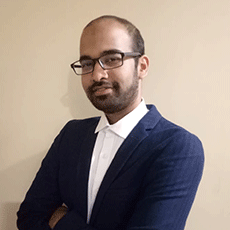 Abdeali (or just “Ali”) is Head of Engineering at Corridor Platforms. Ali brings strong analytical thinking and technical skills in Hadoop/Spark & Python stack having solved large scale compute problems for FI’s like American Express & GE in the past. Ali is responsible for the development of major product capabilities & acts as the bridge between Product Management and Product Development. He holds a B.Tech. degree from the Indian Institute of Technology, Madras.

In his downtime, you will usually find Ali fixing phones, laptops, and TVs for an assortment of friends and family. In between these essentials, Abdeali also finds time to craft quality code, contribute to open source projects and get lost in his own thoughts. He has a wicked sense of dry humor. 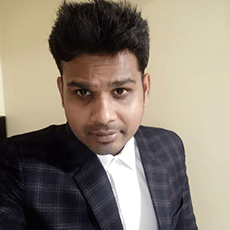 Aniket is responsible for all frontend development work on the Corridor Platforms. Aniket also worked with American Express as a Blockchain developer/frontend engineer. His core proficiencies are in UI and API and has strong interests in Big Data/ML.
Aniket is “Mr. Stylish” and team always looks to him for fashion & entertainment tips. He is also a fitness fanatic and loves to share healthy lifestyle habits with the team.

Disha is a UI developer at Corridor Platforms. Her primary experience has been developing rich UI applications for the last 5 years and works closely with Aniket on building compelling user experience on the platform. She is the “goto” person to resolve UI bugs and is very customer-centric.
In her free time, she loves to quiz, watch cricket and tennis. She is a foodie and a tea lover and someone who can never say no to biryani! Niti is a Training & Content Manager at Corridor Platforms. She loves documentation and content management and has flare for learning new tools and approaches. She has over 19 years of experience and is a “rock” in our development team. Niti is a Science graduate and holds Advance Diploma in Software Engineering.
When she’s not working, Niti likes to spend time with her husband and son and their old dog. She also enjoys travelling, playing tabla & bongo! 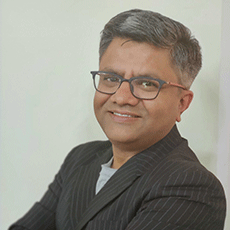 Prasanna Rao is the Lead Data Scientist at Corridor Platforms. Prasanna brings strong experience in fraud & acquisition modelling at multiple banks to Corridor and is actively involved in supporting client deployments as well as building/testing analytics capability on the platform. He codes primarily on Python, Sklearn and H2O stack. He holds an MBA from Great Lakes Institute of Management and MS in Predictive Analytics from Northwestern University, Illinois.
He loves building predictive models and solving practical business challenges. Prasanna is a classical music buff, loves reading and sharing interesting trivia with the team. He is considered “Mr. Resourceful” having a point of view on any topic! 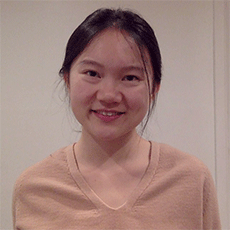 Xin is a Data Scientist at Corridor Platforms. She combines business risk knowledge with strong modelling skills in Python stack. She leverages her prior work experience with Fintech & Data Providers to develop risk models and policies with clients. She works closely with Corridor clients for implementations.
She graduated from University of Minnesota – Twin Cities with M.S. in statistics.
Outside of learning big data technologies, she enjoys kayaking and ice skating, and wishes to own a little organic farm in Florida – maybe use her data science skills to create super crops?

Kishan is a Data Scientist at Corridor Platforms. He is passionate about working at the crossroads of banking, finance and technology. Kishan has spent 3 years in risk management at McKinsey where he was involved in building credit scorecards for banks across geographies. He holds a Masters in Quantitative Economics from Indian Statistical Institute, Kolkata. In his free time, he likes to read Indian history and historical fiction. He loves to run and wishes to participate in the Comrades marathon. 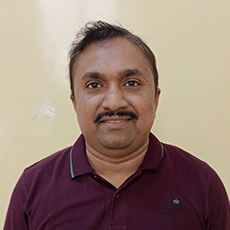 Raghu is a QA Head at Corridor Platforms. With 12+ years of testing experience he is the quality gate at Corridor and streamlines our testing process to deliver high quality product to our clients. He is constantly thinking of creative ways to test the platform and leverage his prior developer experience. Raghu likes to build & setup automation platforms and find ways to reduce time-to-market with new capabilities.
When not working, Raghu loves to read fiction and non-fiction books, travelling with the family, playing badminton and table tennis. He is passionate about IOT systems, electronic hardware and techno gadgets. Shivam is a Big Data Engineer at Corridor Platforms. He likes to work at the intersection of big data (Spark, Hadoop), and ML to solve real business challenges and loves building products! He holds a B. Tech degree from IIT Delhi in Computer Science and Engineering.
He is passionate about nature photography and loves playing badminton and cricket. He is a foodie for Pani Puri and once ate 55 of them in a competition (and won :)) Vishnu is a Big Data Engineer at Corridor Platforms. He is very passionate about learning new skills and contributes heavily in sprints for new product capabilities on the platform. Vishnu codes primarily on Python, Pyspark, Scala, Spark, Java, Hive. He holds a BTech degree from SCMS School of Engineering and Technology, Cochin, in Computer Science and Engineering.
Vishnu is a foodie and leaves no opportunity to travel back to his hometown to enjoy home-made food. He enjoys playing Cricket and Badminton. He is the energy bunny of the team which is infectious to all!

Aditya is a big data engineer at Corridor Platforms. He has specialized in building big data-based ML pipelines for optimizing market campaigns, developing user personas from the digital footprint and finds passion in building products powered by data that solve real-world challenges. Well, he has found the right place in Corridor Platforms!
Aditya graduated from IIT Kharagpur in 2017 with a dual degree in electronics and electrical communication. In his free time, he likes reading books on business and philosophy and sometimes plays guitar. He loves biking doing long solo rides.

Headquartered in New York, EXL has more than 32,600 professionals in locations throughout the United States, the UK, Europe, India, the Philippines, Colombia, Australia and South Africa. EXL serves multiple industries including Insurance, Healthcare, Banking and Financial Services, Retail, Media, Utilities, Travel, Transportation and Logistics, among others.

Oliver Wyman is a global leader in management consulting. With offices in 60 cities across 29 countries, Oliver Wyman combines deep industry knowledge with specialized expertise in strategy, operations, risk management, and organization transformation. The firm has more than 5,000 professionals around the world who work with clients to optimize their business, improve their operations and risk profile, and accelerate their organizational performance to seize the most attractive opportunities. Oliver Wyman is a wholly owned subsidiary of Marsh & McLennan Companies [NYSE: MMC].

Oliver Wyman is a global management consulting firm. Founded in New York City in 1984, the firm currently has more than 60 offices in the Americas, Europe, Asia Pacific and the Middle East and employs over 5,000 professionals
Oliver Wyman and Corridor Platforms Announce Strategic Collaboration to Provide Industry-Leading Credit and Fraud Risk Management Solutions